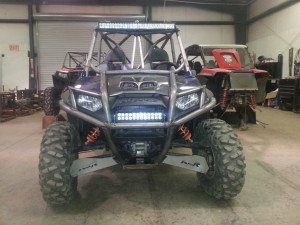 We at Gilbert’s Design’s were granted the opportunity to build a new RZR cage for Brad Macon. After it took a nasty roll on New Years, Brad was ready to improve the safety of his ride. The first thing we did was strip all the plastics off so that we could get a good look at the RZR framework. There really isn’t much to it. From seeing what failed in RZR roll overs in the Rally Raid races, I had decided that I didn’t want to build any cages without new and reinforced A-pillars. In the past, we have seen cages take the roll, but the frames would buckle or stock a pillars shear off the frame. We set out to really beef up these areas with entirely new weld in replacement A-pillars. The new parts feature milled tube clamps instead of the factory cast units, thicker material, and plenty of gusseting.

Brad gave us the basic idea of what he was looking for in the design, but pretty much gave James the go ahead to build it however he wanted. We wanted to keep the cage as low as possible, but with plenty of head room. Brad is a fairly tall fellow so James decided to go with a raised roof. He started with a B-pillar hoop with a bumped up center and we went from there. The initial A to B tubes were kept low, while the rest of the roof tubes were bumped up to meet the bump in the B hoop. 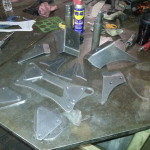 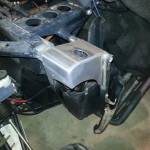 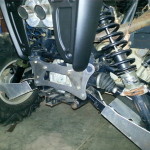 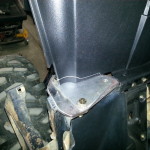 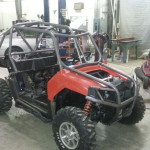 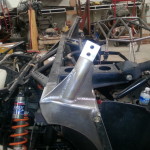 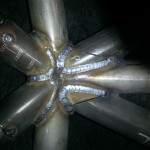 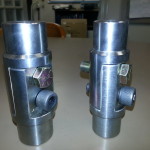 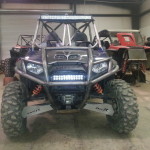 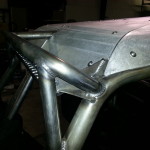 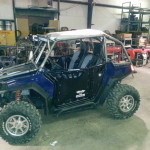 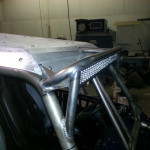